This is the second installment of a project I started on March 13.

Where to go, what to do. A couple embarks on a marital experiment. They must explain. Let the lipstick fly! Reconciliation, however well meant, turns out to be an elusive ideal. This pre-Depression world is dominated by the wealthy. This show is about stage magic itself.

This is the final performance. This bilingual group slugs through brawny no-wave shows with little concern for personal safety or noise-induced hearing loss. All those women flinging themselves around in great swaths of fabric. It’s a method that can be dissatisfying, when the strangeness and desires turn out to be humdrum. A downcast female figure in profile, walking in low heels—she appears both illuminated by acid-yellow light and bathed in lurid red. Oh, yes, I go there all the time. Master an art that improves every realm of your life. I like things done in an orderly manner. If only everyone could have access to this! The bread would be tasty.

This whole thing of making bronze statues to last five thousand years—if everyone did that, there’d be no space left. Snowmobiling is popular, and people leave their car doors unlocked while they’re at the grocery store. It requires constant vigilance. This is not a drill. He owes it. It’s a magnificent place, with eighteen-foot-high ceilings and a working fireplace. Both crave attention.

It’s outrage of the hour. We’re not sure if we’re middle class. We put all our focus on the wrong problem. Like a giant vac with nine nozzles. The warning is clear. Both apply for a job in management. Can I give you a piece of advice?

We’re these two bug-eyed kids who’ve been told to stick to the conductor like glue. You don’t see the poverty, but it’s there. A kamikaze candidate abandons the usual talking points. In my view. I’m happy going through my life without saying anything to anybody. A cat has value. The whole family is very determined. Intensely secretive and filled with people with Ph.D.s, it has been sensationally profitable. Their brains are almost too strong. They’re just sheep. She reads every story, and calls when there are grammatical errors or typos. Things that she thinks put lead on the target.

Posted by Snezana Zabic at 1:00 PM No comments:

Broken Records: The Playlist, or, The Three Brunettes

On or around March 21, 2016, punctum books released my hybrid memoir/discography Broken Records, in which I recall what it was like to be a teenager, and then a 20-something, and then a 30-something during and after the break up of Yugoslavia, and all the wars, secessions, and nation-building, from about 1991 to about 2008. As ridiculously huge and heavy as all that sounds, the memoir is less than 190 pages long. 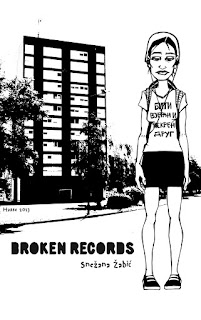 To mark the anniversary, here's my YouTube playlist with all the 49 songs from the book. It's possibly the most random playlist ever, but it will all make sense to my readers.

The opening song of the playlist, by the one and only Sabrina, isn't mentioned in the book directly, but it's an example of Euro disco pop which I do reference as the garish musical wallpaper of my childhood. 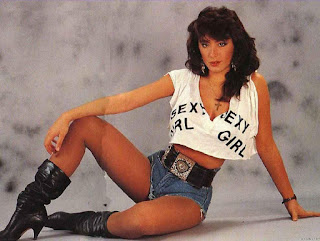 The very last song, "Because the Night" by Patti Smith, is the song I sang in Belgrade as NATO missiles were about to strike their first targets on March 24, 1999, when I was 25. Again, my readers find all this completely reasonable.

Posted by Snezana Zabic at 10:09 PM No comments:

On the day I turned 43, I retyped 43 sentences from the first 43 pages of the March 13 issue of The New Yorker. I didn't want any sentences with names, titles, or place names, and so I'd just read until I found a sentence on each page that fit my criteria. This both a lot like and very different from My Life by Lyn Hejinian, and anything by Conceptual Writers. 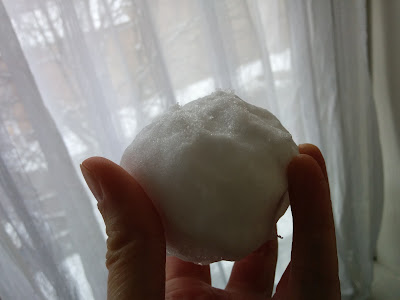 How refugees escape to safety. She is working on a novel. As if we need data to prove that human reason has its limits! Create something personal for your home with one of these needlepoint kits. He has already rethought the cavernous 808 drums of his city’s sound. It blends the romance between the son of an oyster farmer and the daughter of an aristocrat with a criminal investigation into the disappearance of several tourists. The comic action – set against the backdrop of war and chaos sparked by governmental folly – involves traumas and comas, grief and anguish. Best show on television. Dance music, with its easy beat and ever-expanding appeal, has influenced all kinds of musicians, banging sounds and styles into rigid form while working through new tones in real time. They changed the face of a nation. Who said there’s no more music on television? We’re bringing you art + ideas that inspire and provoke. It is time to rattle the cage. And the cast was charged with obscenity. We’re in the late eighties, with appropriate music cues.

Just when you thought you’d seen it all. Best of the year! Its curiously symmetrical composition has a flattening effect. Opera and dance have a long history as bedfellows, though since the late nineteenth century they have been more or less estranged. The tall man puts on the chignon and the little voice again. According to the legend, the impish goblins like to materialize in dark, humid corners, mostly after dusk, and sometimes when the air moistens with rain. My no. 1 color combination – as featured in my collections dating back to the 1960s and now revisited here in spring 2017. See: museums, monuments and memorials. Catch the blossoms. The month-long celebration of international cultures offers two embassy open houses. We’re familiar with the contours of the story.

A man of few intimates, he often cites acquaintances. We’ve been told that a few of the ticket holders are planning to cause trouble. But I’m a human first.

If nobody comes here, it’s not the land of the free. A dozen or so people show up each day, looking for advice, protection, and a place to sleep. My life here is so hard and dangerous. The accommodations are clean, if rudimentary: creaky wooden floors, clanking radiators, leaky bathrooms, and steel-framed beds. Behold, as I guide our conversation to my narrow area of expertise. The real story, in real time. Does this feel calm? I am going for the unknown. I don’t have enough money in my wallet. More people are making hasty decisions. Is this normal? I always have my own rules, and I can bend them if I want. Like heaven.
Posted by Snezana Zabic at 8:59 PM No comments: