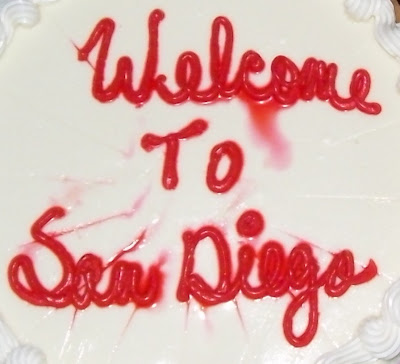 My beautiful little sisters, my hospital quiets, my past century boulevards, do not let the fireworks of their arms go to your heads.

There is no ruling ism today. Art has lost direction and has become extremely individualized.

And still a new style is arising, and with it a new art that is no longer art; ignorant of the traditional prejudices, it allows for every promising hypothesis, it’s open to experimentation and its ways are so cozy, its resources rich and inexhaustible like the life itself.

It was our rapid strokes used to inflict the assault. It was all very efficient.

Theirs is the old way of writing bound by constant contact with their digestion. Their image, a secondary association, their love, an illusion of control and form and construction.

It’s the endless war, people are exhausted, disturbed, bitterly disillusioned, incapable of desiring, loving and leading a new, better life. The world around us is ruled by capitalism, by money.

Slits of drool and dank, mold of pressed grooves, of grime, of penny holes and screws.

This is the trumpeter’s mouth piece: metal tonguing skin.

Their gratification, a world of image, their muse, ask the parrot. One must always bide by their law.

This needs to be said directly. I was waiting in vain for a clear-sighted web designer, when fever, having liberated itself from the medical database, took pyrotechnics in its arms and began dancing. My beautiful little sister, my satellite dove. Those who came from the unexpected hospital quiet or from the boulevards of the past century and who put their ears close to my head, are going to hear the ringing of thirty cell phone alarms.

This needs to be said directly: all of my senses are functioning.

Mental health of the 21st century is the premise of the future poetry, which multiplies fast association and free imagery.

I am partial to my own way.

This is why even burdens break.

Poets of the previous era used to pay tribute to the voice.

O, wide furrow of loss. My mouth's been made implicate, defective apparatus lathed in process and thought. Will the body too suffer the tongue's confusion of noise.

To its sudden gradation. Deduction, induction, subject matter elaboration, conclusion in a festive robe. What a deed! – Sullenness from the moldy workshops. Thinkers.

You darling fire eaters. It’s the ears that awake you to life. Nothing but happiness, love, and the tune of a glorious fun house.

I am in continuous contact with my digestion. All of my senses are functioning.

What need, then, for the turtle?

36 wireless routers and the instincts pass through eternally. All of them run to the only point of the chess board. The totality of the shivers and their blinking lights – there’s your sensibility.

Look, it’s you who will create me. Sense of hearing that takes me to the eternal rest. Constant noise of highways. Dull roaring that kills me. We must look up at the flying airplane and listen to the skylark’s song. The state of sensitivity and delirium.

The mouth loves the crack of whip.

Oh, constant penetration. Let the fall of a curtain break the continuity of the heartbeat. Let the hummingbird open the sonic harmony.

Look, it’s you. Eyes that awake me to life. We must see the electric flowers and smell the disgusting throng. Magic mirrors, eyes, we see virgin forests and fat verse on the corner. Look, it’s you. (Your sound is so furious). Blue colors of workers’ uniforms, those vertical skies, cabmen’s caps. And the constant presence of new gardens and grape-picking, my birds. Unforgettable fairy tales.

Art: To catch art and ride that runner. The art of equilibristics. Look, maximum performance, that’s the thing.

Work: what precedes. Ask the dancers and fire eaters. Ask the parrot on the motorcycle.

Poem: Magical bird, parrot on a motorcycle. Squirrel, squirrel’s hands. Funny, artful and magical. A thing like soap, mother-of-pearl knife or an airplane.