March in Chicago, on this warmed globe, will be meteorologically volatile: there's snow today, but there might be an 80-degree day in a couple of weeks, and everything in-between, complete with insane winds and rain, prompting me to wear all the clothes and shoes I own over the course of thirty-one days in an futile attempt to stay comfortable. I got over a bad cold in Feburary, so March should be sniffle-free at least. 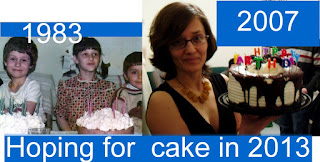 I'm also a volunteer singer-songwriter, and March is when I get out of my winter hibernation and play a live show. This year, the venue is extra tres chic cool: Transistor. It's a record store that exhibits art, casts pods, and sells not only records, but also books and electronics. As a person who loves the wares a store like that peddles, but has zero expendable income, I typically don't dare go in there. But I've now been hipped to the tip that the store has weekly acoustic shows, free to get in, and you can bring a drink to sip while you take in the sounds. Caren found out they were looking for a duo to book, put me in touch with them, and--voila--I'll play there on March 15, with Frank on bass duties as usual.